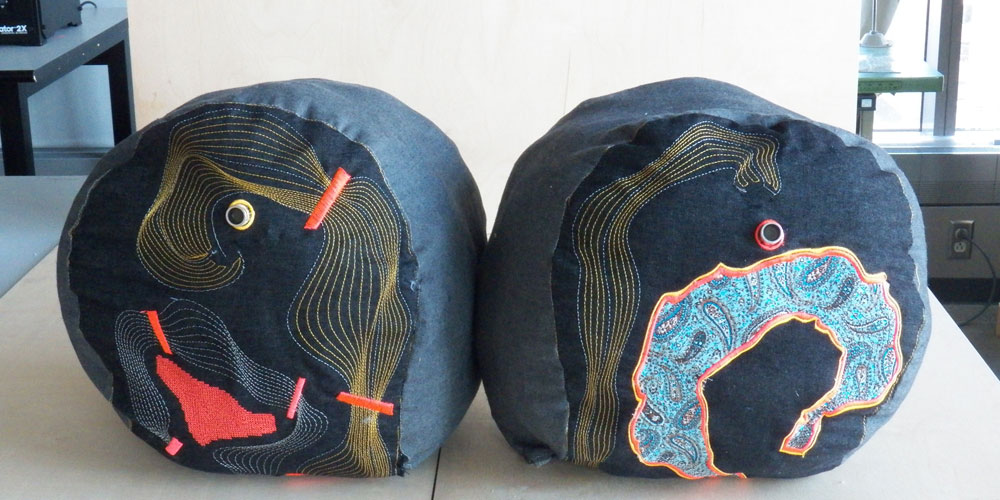 MESIS is a project I did for the CURSA award. I had the chance to have XS Labs Joanna Berzowska as a Mentor guiding me in this project.
The idea behind the research was to use a embroidery and laying machine to enable the creation of both complex or simple electronic textiles circuits and electronic components. This machine brings multiple advantages to the production of these components since it enables the possibility to scale up the production of something that is generally very time consuming and requires a lot of craftsman ship.
I was highly interested in the chapter “L’Ère des foules” from Gustave Le Bon’s Psychologie des foules and used it as a starting point. The idea is that once put in a crowd set up we all change and not necessarily for the best. We all join this new collective identity. In a crowd it’s not a sum of all the elements but the creation of a new character. Whatever a crowd decides to do you will have to suffer it, weather you are part of the movement or not. Even if you were part of the movement and agreed with it you have no control over it.

With the MESIS the idea was to create spherical creatures that have scars. Scars can be understood as memories, past actions often associated with pain. The idea was to include a theremin like antennas in the textile pattern so that when the user passes his hands around it the ball would express itself. The closer the hand the faster you hear the melodies. However if the ball is close to another one, you will only get limited audio feedback, they will be stuck on the more primitive sound. This goes back to the idea presented by Le Bon where there is creation of a new identity and its not a sum of all of them making a beautiful composition, instead it is a limited audio feedback. In order to retrieve the full audio spectrum of the ball the user needs to be only with one of them. Many sewing techniques were used in this project in order to make the electronic components as discrete as possible. 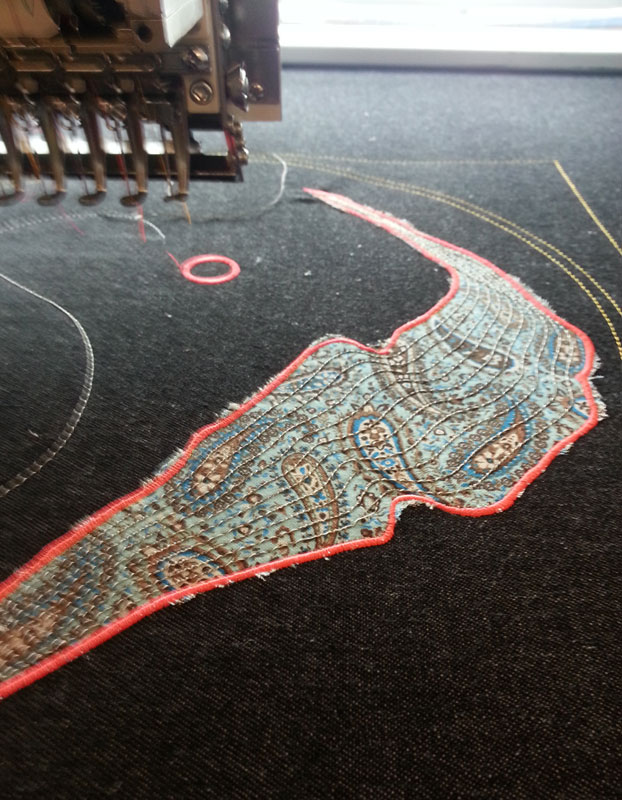 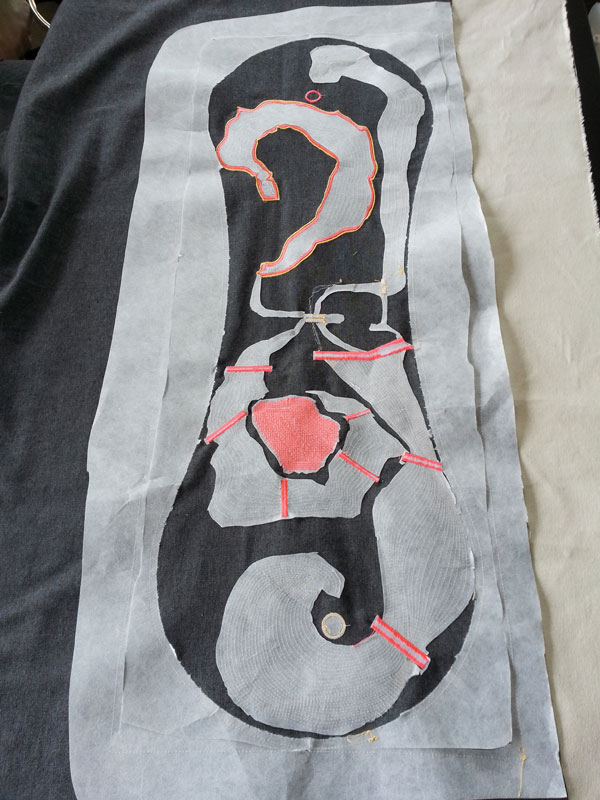 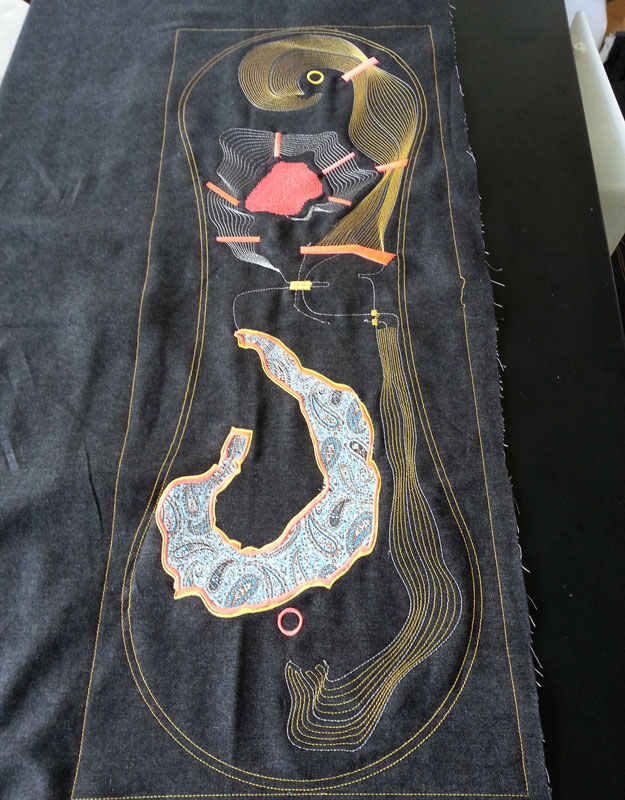 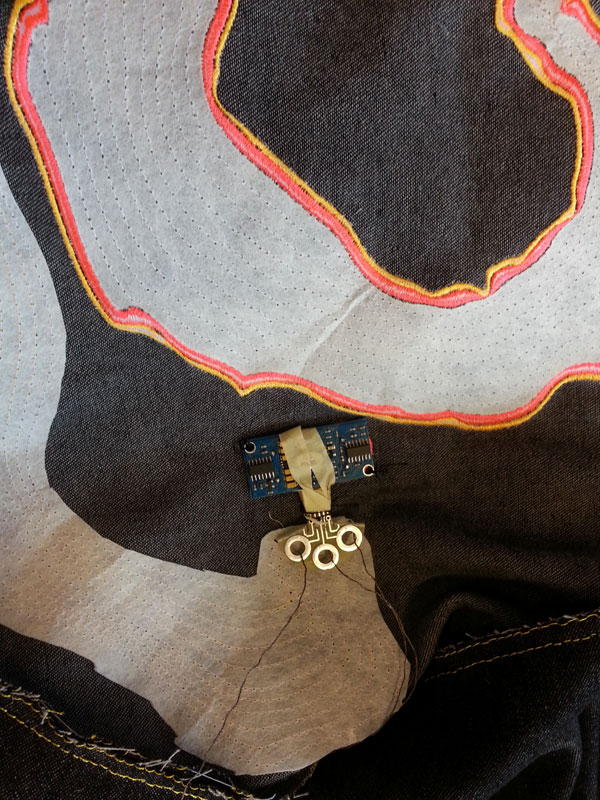 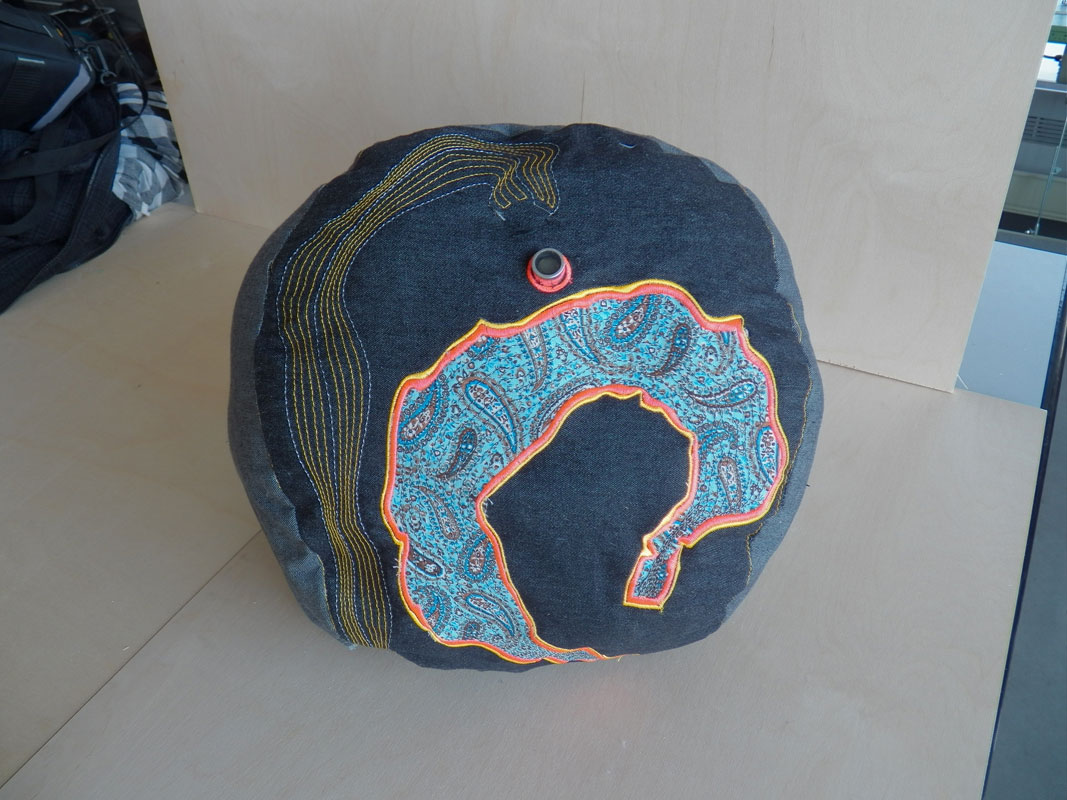 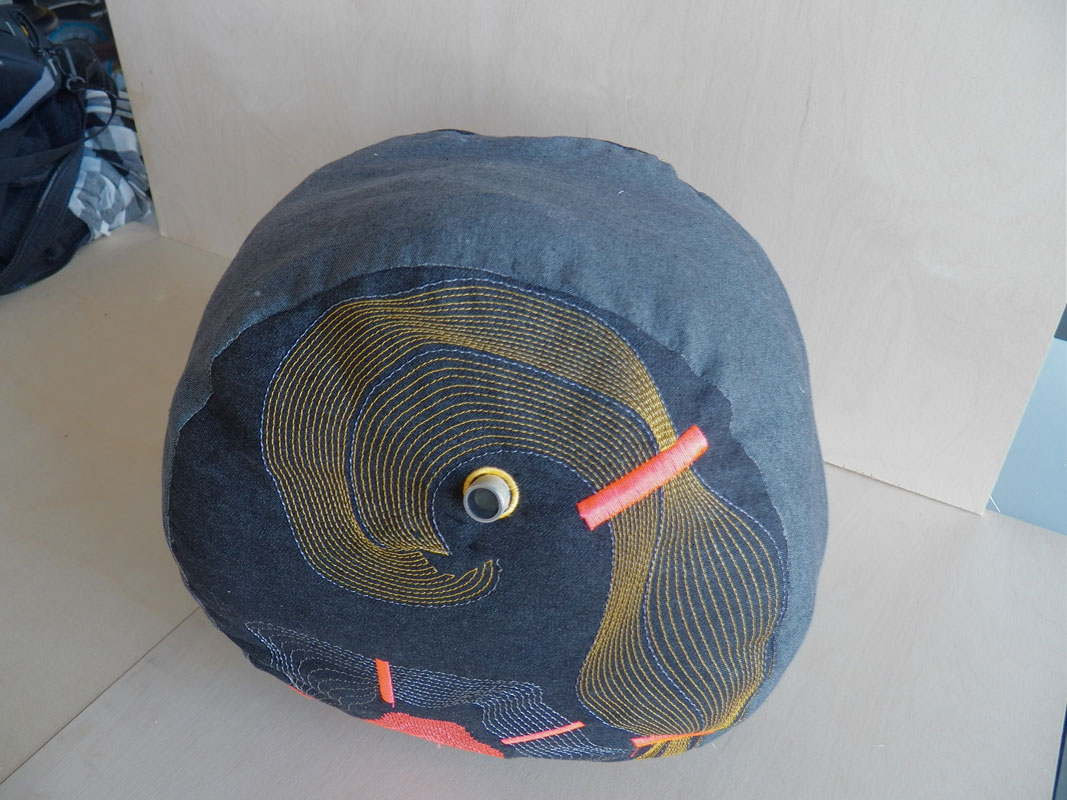 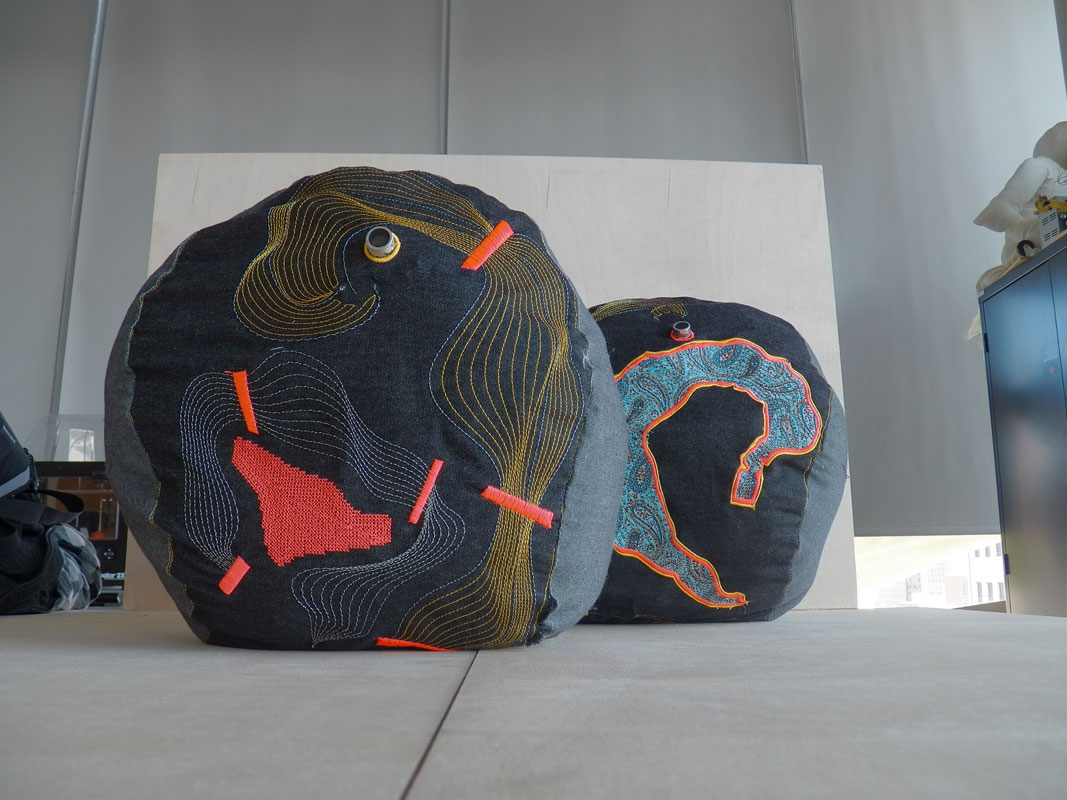 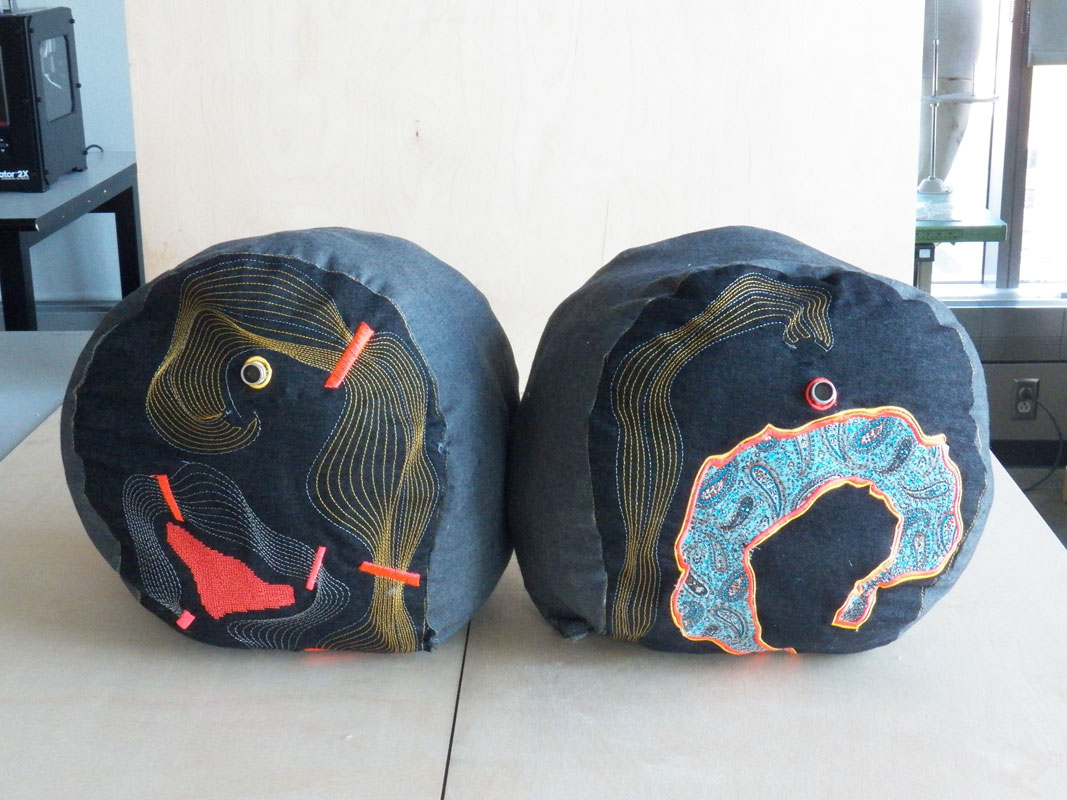