For this project we had to create or remix a game with one of the following item. Play dough, marble or feathers.
We chose to use marbles and to remix the mastermind game. The idea was to use a mastermind like layout to create an educational tool for learning Solfège. Since Solfège is not the best part of music lessons, using this game makes it more interesting.
As mentioned earlier, the game is inspired by mastermind but remixed for sounds instead of colours. Player one sets the sequence he wants and plays it, then Player 2 tries to recreate the sequence only by hearing the sounds Player 1 selected. In order to give feedback to the Player 2, so he knows if he has a match on a specific note or not, we decided to have a visual feedback with an RGB LED and a auditive feedback that lets him know he made a mistake. If it is the good note the light turns green and you hear the correct note. If it is wrong, the light turns red and there is a failure sound.
We used Photocells to detect the presence of a marble, then the value is transmitted to a 16 channel multiplexer. With the arduino we target each sensor and bring their value back to 0 if there is presence of light and 1 if there isn’t(marble on top). We have 2 button on Player 1′s interface. One for recording the desired sequence and the other one to play with it. On Player 2′s side we have a button to check is the sequence matches and a LED for feedback. We have thought of just using a speaker with arduino but since the game was aimed towards sound recognition we thought it was important to have somewhat of a sound quality. This is why we decided to use Max MSP for generating our sounds. 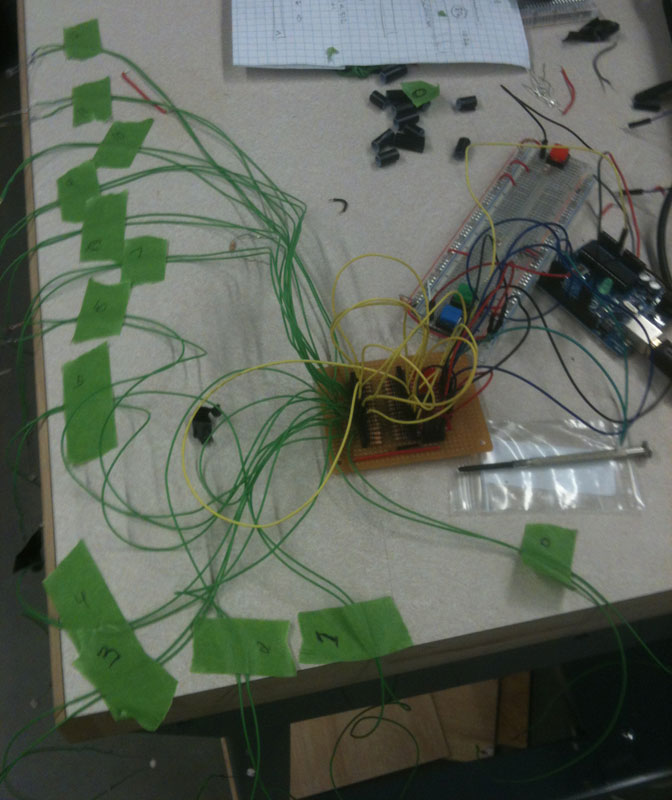 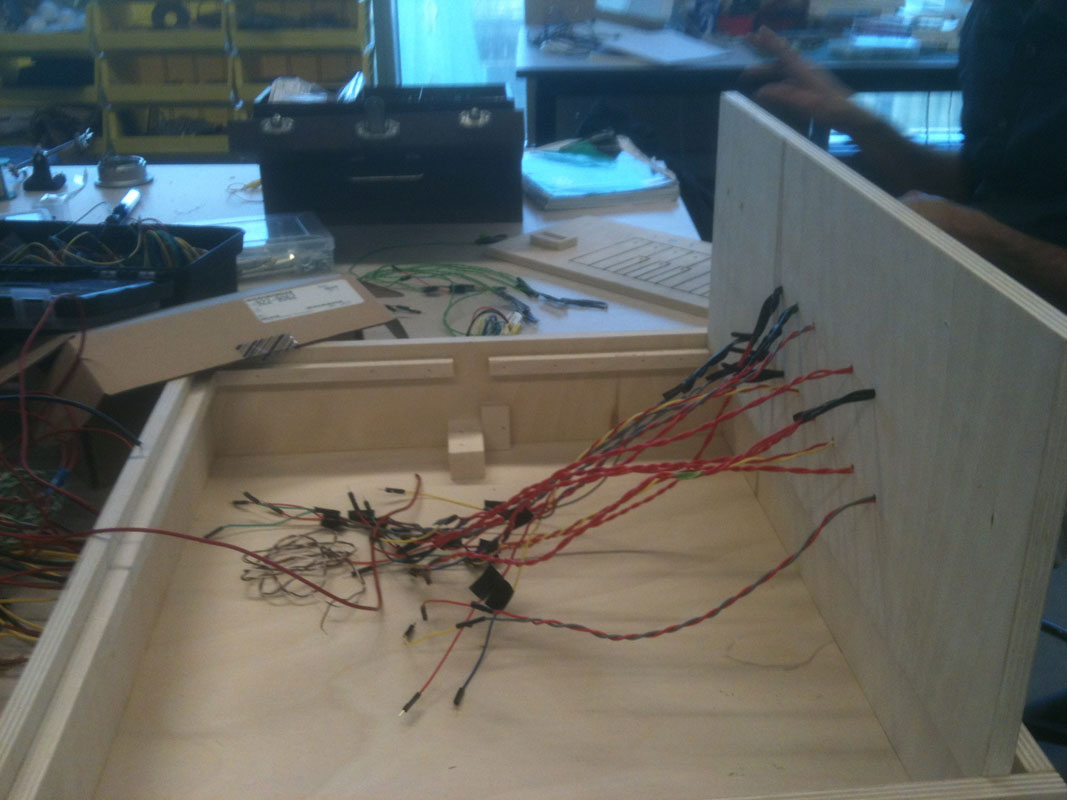 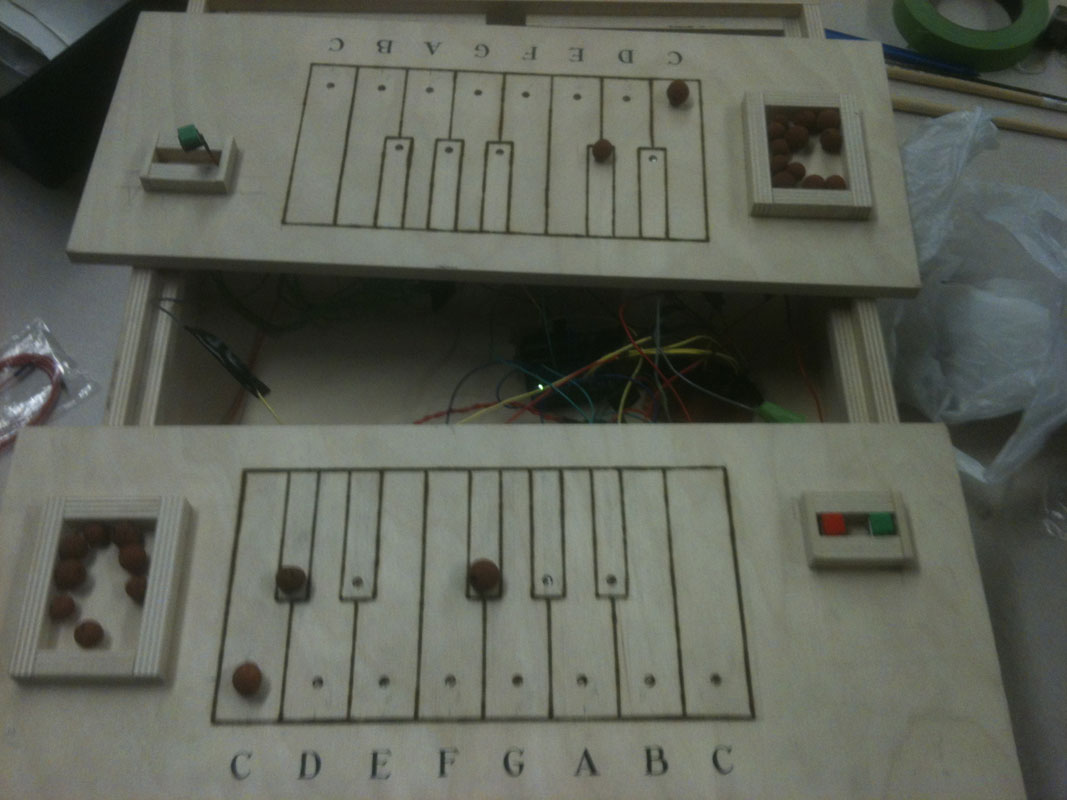 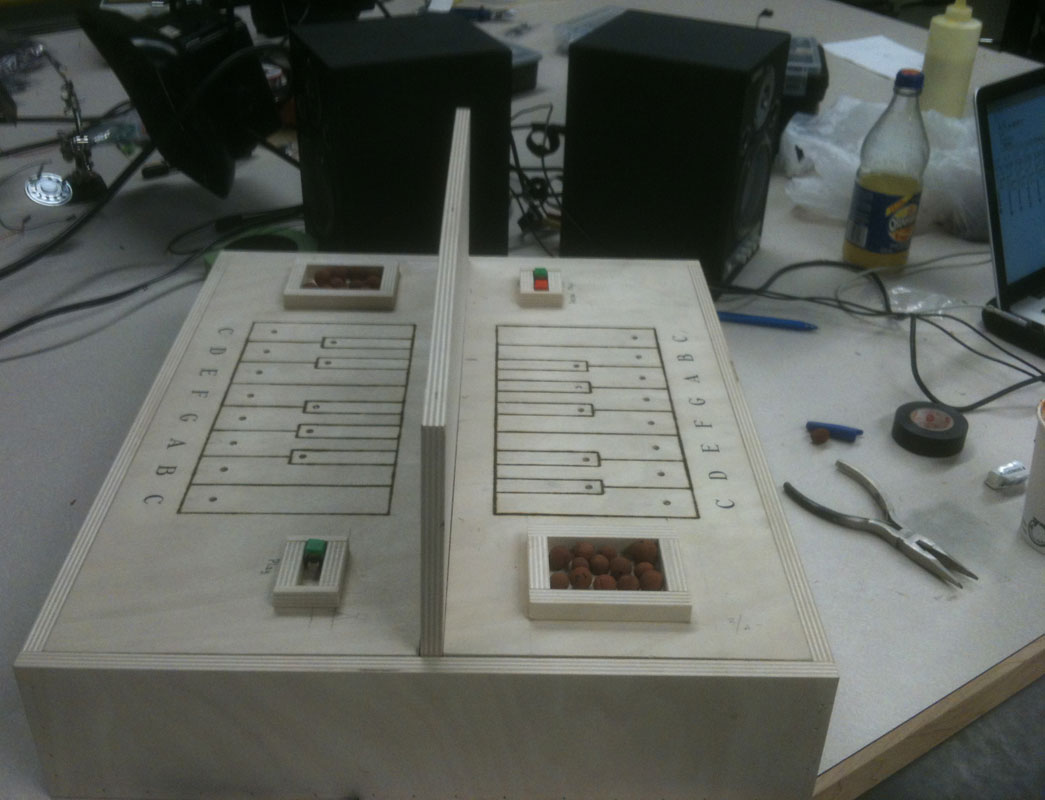 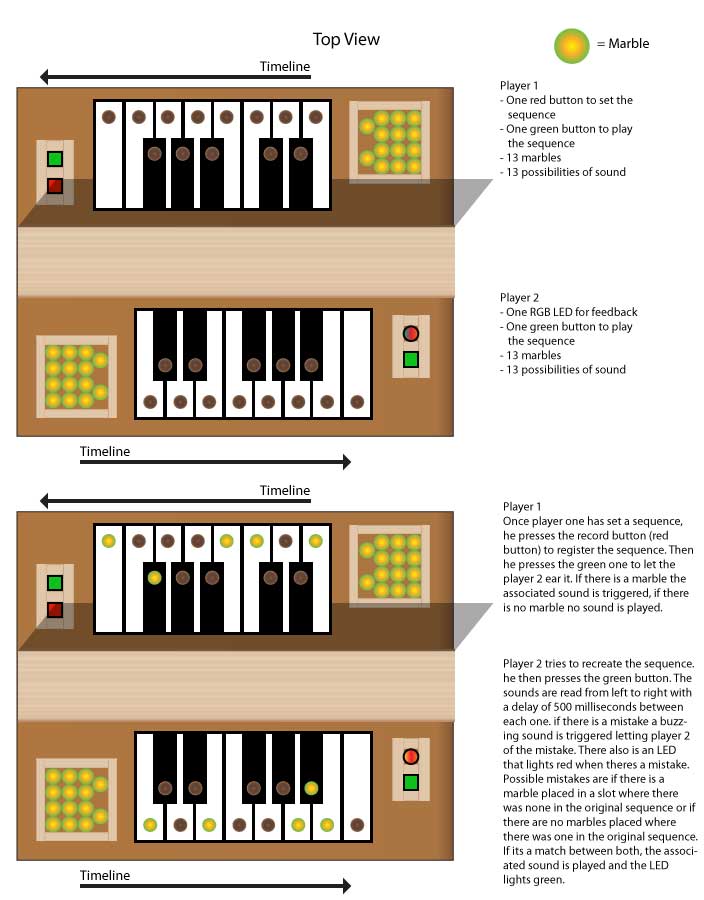